(Ken Bebensee of KB Guitars made this gorgeous acoustic bass guitar (above) for jazz bassist Robert Hurst, whose work ranges from stints with Wynton Marsalis to being a member of The Tonight Show Band. The 5-string bass brings together elements of a cello and an archtop jazz guitar for a unique hybrid bass. It’s built with an extra deep body made with bubinga for the sides and back and a carved spruce top. The bass sports a 34? scale and is tuned E-A-D-G-C. Pickups include an adjustable position Bartolini dual coil magnetic pickup and piezo bridge saddles. The electronics run on a 9-volt battery that slides out from the control panel. For more, check out the KB Guitars website.)

A limited number of reservations are being taken for this free concert.

Robert Hurst has performed on over 150 diverse and critically acclaimed recordings. A select group of these productions have garnered him performances yielding seven GRAMMY® Awards, several RIAA ® certified- Multi-Platinum and Gold recordings whilst his own seven recordings as a Bandleader have all generated Top Ten and Five Star recognition around the Globe. It is probable that you have identified Hurst amongst the jazz world’s most promising new groups and established artists; however, you may also recognize Robert Hurst as the inaugural bassist in the house band of “The Tonight Show” with Jay Leno for eight seasons, from 1992 to 1999. His work in performing, directing, arranging, and composing on the NBC program were highlighted with four EMMY® Awards in 1995, 1996, 1997 and 1999.

As a result of Hurst’s virtuosity, improvisational prowess and unique multi-lingual styling, he has been recognized as a huge, authoritative presence in the music industry. Adored by students, critics, master musicians and fellow educators alike, Robert Hurst has expanded his reach of influence and presently serves as a dedicated Associate Professor of Music, with Tenure, and the Director of Small Jazz Ensembles in the Department of Jazz and Contemporary Improvisation at the University of Michigan’s School of Music, Theatre & Dance in Ann Arbor. In addition to his activities as a full-time professor of music, globetrotting bandleader and sideman and fulfilling ongoing requests as a special guest performer & visiting arts fellow to over 40 Institutions and counting, Hurst maintains membership on the ISIM Advisory Council, has written skill and exercise materials published for the Woodshed Master Class Series in DownBeat Magazine, and has thoughtfully served, since 2002, on the Board of Directors for The John and Alice Coltrane Foundation. Robert returns triumphant to the CD scene with his newest release and third consecutive Critic’s Top Pick (2011-2014): “BoB: a Palindrome” 2013. “Bob Ya Head”, (Nationally Ranked #9 on CMJ charts, 2011) and “Unrehurst” Vol. 2, (Nationally Ranked Top Ten Jazz CD for 2011)

Hayner's Jazz in March series is hosted by Keigo Hirakawa 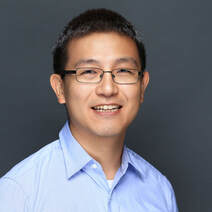 Hirakawa is a complex and diverse talent in his own right. When he came to America from Tokyo at age 11, he was studying classical piano with dreams of becoming an orchestra conductor.  Although he began his collage studies majoring in engineering, he discovered jazz and found ways to study under Anthony Branker, Michael Cochrane, Stephen Scott and Walt Weiskopf. Hirakawa would eventually earn masters and Ph.D. in engineering as well as a master's degree in music in jazz piano performance from the New England Conservatory where he studied with Cecil McBee, Bob Moses, Jerry Bergonzi and Danilo Perez, George Garzone and John McNeil. Today, Hirakawa splits his time as an in-demand jazz pianist as well as an engineering professor at the University of Dayton and has done some groundbreaking research in computational imaging.  His pursuit of a dual career is a complicated dichotomy between the study of science and the study of music.  Its expression is a brilliant creative improvisation.

Would you like to be notified about our jazz concerts? ​Just fill out the form below to be on our Jazz email list.

Hayner’s, “Jazz in March” concert is an annual series that celebrates Jazz.  The 2021 concert will feature a group of young Cincinnati artists. The Brandon Coleman Quartet features Brandon Coleman on guitar, Ben Tweedt on piano, Jeff Mellott, percussion and Matt Wiles on bass. These young men have an impressive influence in our area. They are active performers, composers and educators.

Brandon Scott Coleman’s unique guitar voice may have grown from the study of his three biggest influences, Jimi Hendrix, Chet Adkins and Frank Zappa. Though they represent a wide variety of styles the three intersect in terms of creativity and initiative. Coleman studied music at Morehead State University and received his master’s degree from the University of Louisville. He is a composer and an arranger, and has performed across the country with his groups, Fourth Kind, Spherical Agenda and the Brandon Scott Coleman Quartet.

Ben Tweedt is a pianist, composer, arranger and educator who began his training at a young age. He completed his bachelor’s degree in Piano Performance at the University of Nebraska-Omaha at 17. He completed his master’s degree here in Ohio at the University of Cincinnati College - Conservatory of Music. In addition to teaching music, he also performs with Spherical Agenda, and The Original Farm League Big Band, the Blue Wisp Big Band, the Cincinnati Contemporary Jazz Orchestra, and the New Studio Big Band. In 2014 Ben was the winner of the Nebraska Young Jazz Artist competition and in 2019 the American Jazz Pianist Competition.

Jeff Mellott is a fixture of the Cincinnati music scene and incidentally, had performed at the Hayner in 2019 with the Keigo Hirakawa Trio. He is a wildly creative composer who has received national attention through National Public Radio. Jeff completed his undergrad work at The Ohio State University and received his master’s degree in in Jazz Studies from the University of Cincinnati, The College Conservatory of Music.

Matt Wiles received his bachelor’s degree from Northern Kentucky University and is a bass instructor at the Wyoming Fine Arts Center in Wyoming, Ohio. He performs with Spherical Agenda, the Brandon Colman Quartet and has performed with many jazz greats such as Snarky Horns, Gary Versace, Colin Stranahan, Noah Preminger, Fareed Haque, Peter Mazza, Glenn Zaleski, Victor Provost, Bobby Selvaggio and Sam Blakeslee.
The Troy-Hayner Cultural Center is proudly supported by the citizens of the Troy City School District through a local tax levy and generous gifts to the Friends of Hayner. Please consider lending your support in favor of the Troy-Hayner Cultural Center renewal levy on May 4, 2021.

The March 21, 2020 concert featured the Keigo Hirakawa Trio.
Keigo is the host of our series and an improvisational pianist in his own right.
​In this trio is Keigo Hirakawa on piano, Eddie Brookshire on stand-up bass and Reggie Jackson on drums.
Thanks to the support of the local tax levy, these events are presented ​free and open to the public.